“A city is limited geographical area inherited by a large and closely settled population having many common interest and industries under local government authorized by the state”.

The growth of cities are following reasons-

Industrialization can growth of the cities. The industries make products and distribute. And it is improve the economy of urban community.

The rural community people are moving towards the cities. They are migrate for the work purpose.

Due to the education urban people are launches the new products.

The various characteristics of urban community as following- 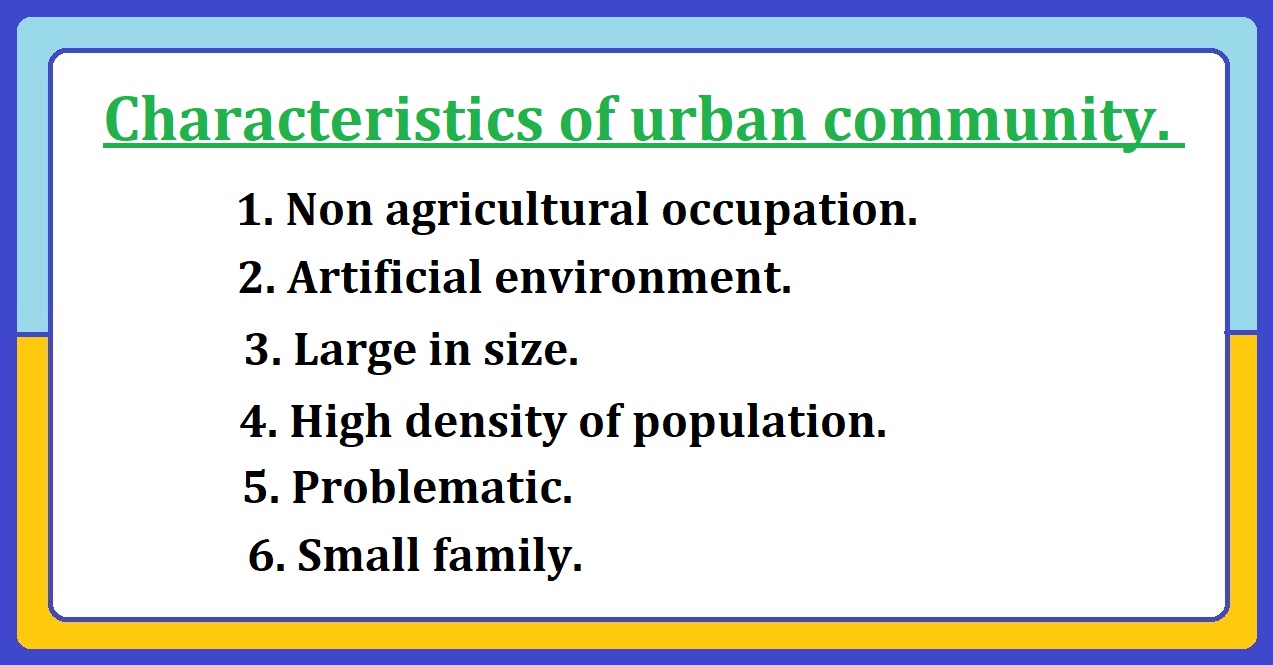 Urban community people has not any agricultural occupation. Their occupations are includes industries, trade, commerce, education and government.

Cities are consist of large group of people. In a small area very large number of people reside.

The density of population is high in the city area. The density is refers to the number of people in a per square kilometer area.

Individualism. The urban people are make decision by own self. Because they are self dependent.

The urban people has small family. The modern family includes husband, wife and their children. They are not like more than two children.

6 thoughts on “Characteristics of Urban Community in Sociology.”