The following points are problems of urban community. 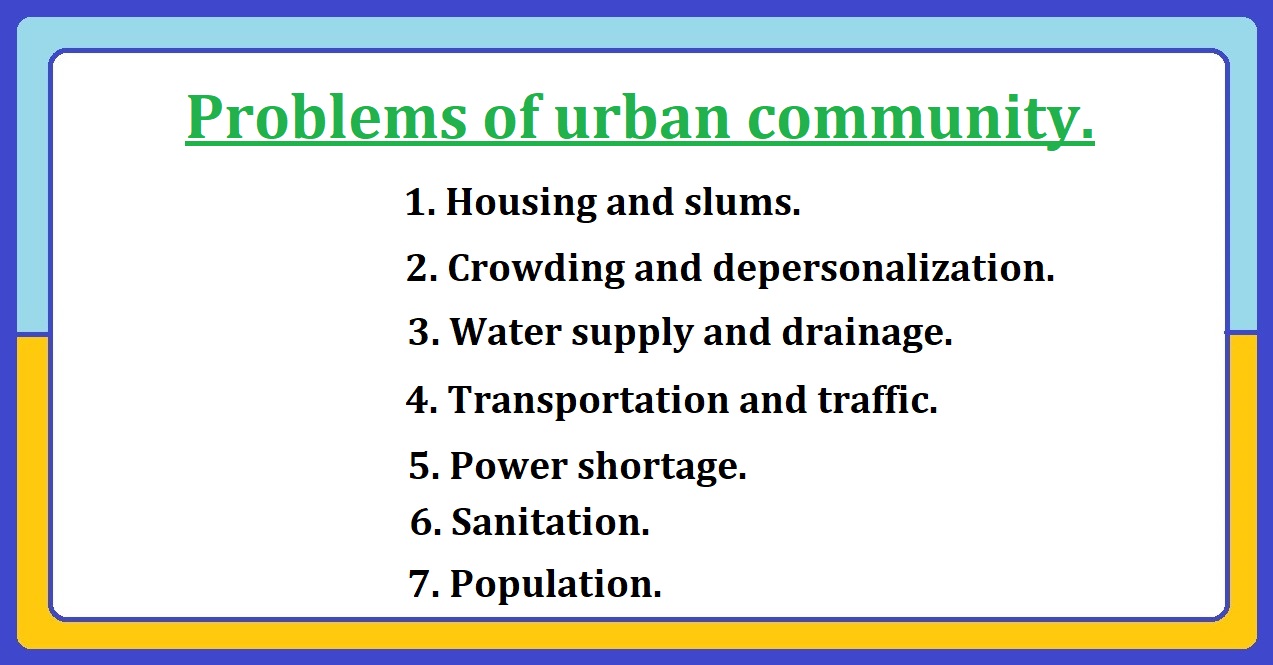 Housing is a serious problem in the community. Due to the government hospital, industries, capitalists are covers the a large numbers of area. That’s why the housing land is decrease in the urban community. The housing problem mainly saw in the middle or poor people. A huge numbers of people are living without houses.

Crowding is a major problem of the cities. The over crowding means a large number of people gathering in a small area. Some people are living together 5-6 members in one room. Due to over crowding spreads of diseases, creates mental illness. So, it is a apathy condition.

Most of the cities situated in the hillside. Due to the hills they are unable to setup tube wells and motors etc. That’s why the water is major problem in urban community

in India. The supply of government free water is limited.

The urban community is having a problem of drainage. In India, drainage service is very bad. Spreads of infections, bad smells and a lot of waste are arises from the drainage. So, its a big problem.

The transportation and traffic is a big issue of the cities. It arises the sound, environment and air population.

Due to the increases of electricity people are using the electrical gadgets. It is mainly effect on the health problem.

Over uses of sanitation is effect on the people health status. Because every sanitizer has some quantity of poison. The urban community people are uses more of sanitation. The uses of sanitation includes removing garbage, cleaning the drainage and prevention of disease infections. So it is a big problem of the cities.

Difference Between Rural and Urban Community in Sociology.

The Bright and Dark Side of City Life in Sociology.