Race is a human group which is share their common physical characteristics, values, norms, languages, personalities, attitudes in the community.

Every race or nation has some roles and regulations which are share in the community or society.

A race is a large group of people distinguish by inherit physical differences.

“It is a large, biological, human grouping with a number of distinctive inherit characteristics which very within a certain range”.

There are two types of features –

Indefinite physical traits means the race is classes on the basis of body color such as white, yellow, and black race etc. Some race are divides into eye color like gray, white yellow. And some are on the basis of texture and color of hair like white and black.

It describe the definite body structure of the race. The definite physical traits are describe on the basis of structure of head, nose, blood group, length of hands and feet, height and perimeter of chest.

Race is classifed into four types as following – 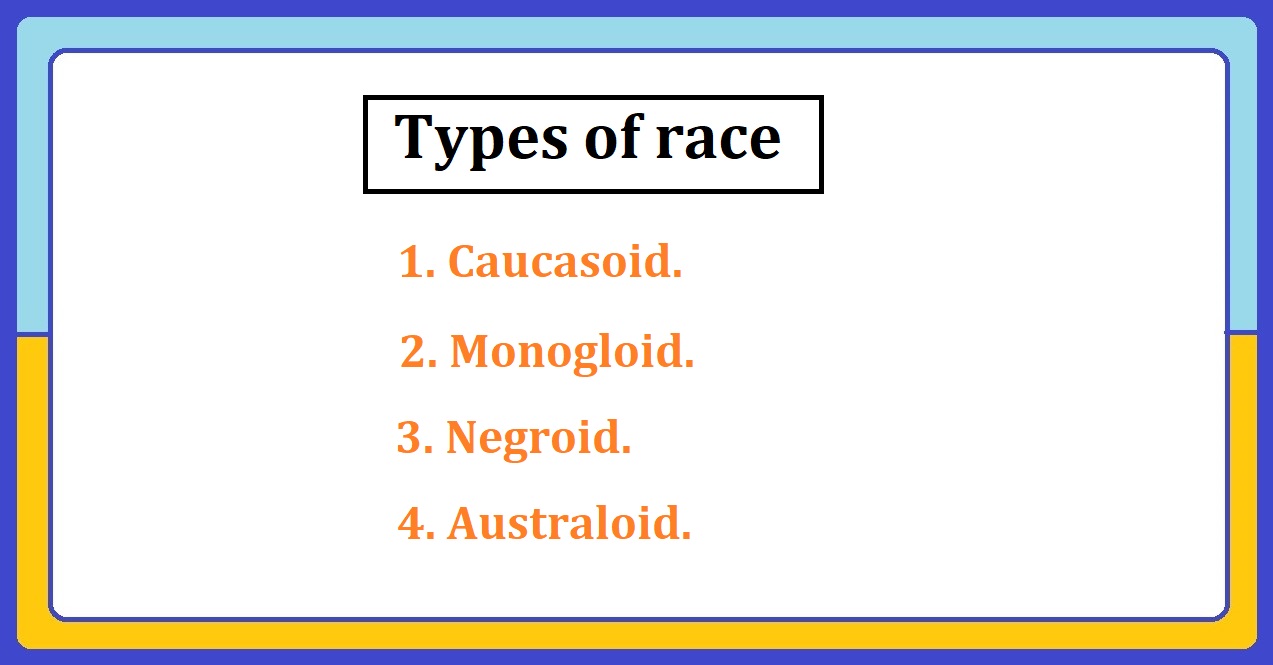 The Caucasoid is other wise knows as the white race. The white race is indicates the people hair color, eye color, arms and legs etc.

It is a large group of people which are mostly found in the Asia. It indicates gray eyes, yellow complexion, black hair on the body, flat nose, face and medium height.

The Negroid are found in the Africa. Their characteristics are black skin, wooly hair, broad nose, thick lips and height about 5’.6”.

These are mostly found in the Australia. Some Characteristics of this race is includes gray eyes, wavy hair, broad nose and medium lips.

2 thoughts on “What is Race! Features and Types of Race.”